Following Argentina’s economic crisis in 2001, the country leaned heavily on mining and large-scale agribusiness (especially soy) to reinvigorate its ailing economy. The expansion of these industries requires the accumulation of new lands and the violent displacement of rural communities. Many farmers and indigenous communities don’t have titles to their lands, leaving them vulnerable to displacement or criminal charges for squatting. 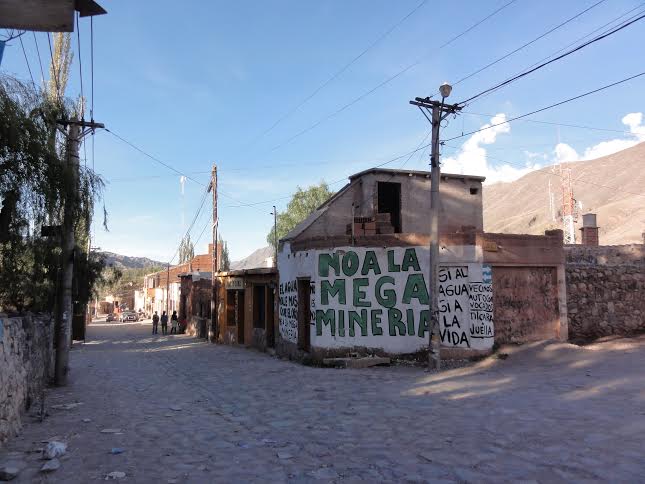 This article is an excerpt from Food First’s Land & Sovereignty Series. Click here to download the full report.

Following Argentina’s economic crisis in 2001, the country leaned heavily on mining and large-scale agribusiness (especially soy) to reinvigorate its ailing economy. The expansion of these industries requires the accumulation of new lands and the violent displacement of rural communities. Many farmers and indigenous communities don’t have titles to their lands, leaving them vulnerable to displacement or criminal charges for squatting. Peasant movements like Argentina’s National Peasant and Indigenous Movement (MNCI) are resisting this assault on their lands and fighting to transform the system through political education and collective action.

Since the legalization of genetically modified soy in Argentina in 1996, the crop has exploded to cover over half (59 percent) of the country’s cultivated land. Ninety-nine percent of this soy is transgenic and 95 percent is for export. Similarly, mining exports increased by 434 percent between 2001 and 2011. Andean provinces—those located along the western edge of the country—are particularly affected by the expansion of mining. Jujuy, for instance, experienced a 1,948 percent increase in mining investments since 2003.

While the soy and mining sectors are often credited for fueling the country’s economic rebound after the 2001 crisis, the expansion of these sectors has displaced rural communities and led to numerous conflicts over territorial rights.

Nationally, nearly a quarter of Argentina’s farming families are engaged in some kind of dispute over their land, 64 percent of which began within the last 20 years. According to the Ministry of Agriculture, there are 857 distinct conflicts over land, affecting 63,843 family farms, covering nearly 23 million acres. These high levels of conflict indicate that lands recently incorporated into soy production, while often untitled, are not unclaimed or empty by any means—most are inhabited by small-scale peasant farmers or indigenous communities.

The social costs of this boom have been devastating. In order to free up new lands for development, private security forces hired by new land claimants often use violence to evict peasant farmers. In the past three years 11 farmers and indigenous people have died, all of whom opposed the incursion of large-scale developments on their lands. Some were murdered in cold blood, while others died in mysterious traffic accidents that their families claim were also premeditated.

Six corporations (Cargill, Bunge, Dreyfus, AGD, Vicentín and Molinos Río de la Plata) control 90 percent of soy production and its derivatives, making record profits. Meanwhile, the social and environmental costs of production are transferred to neighboring communities. Increasing numbers of doctors and researchers have spoken out about the impacts of glyphosate—the active ingredient in Monsanto’s “Round Up Ready” herbicide—on people exposed to contaminated water, empty pesticide containers and excessive spraying close to residential areas. In the neighborhood of Ituzaingó in Córdoba province, the activist group of concerned mothers Las Madres de Ituzaingó claims 500 of the 2,000 residents have reported some form of cancer.

Resistance Strategies: Land Occupation and Beyond

Land occupation is a common resistance strategy used by rural social movements throughout Latin America seeking to protest corporate control of land or to gain control over land for peasant production. But while land occupation may—when successful—establish control over land, it does not necessarily alter the dominant regime of private property. Recognizing that private land titles do little to stem economic concentration, groups like the National Peasant and Indigenous Movement (MNCI) are promoting collective territorial rights that, unlike individual land titles, can’t be bought and sold and better reflect the peasant and indigenous communal land use practices. Communal land use for animal grazing, for instance, also crucial to many peasant farmers’ survival.

However, the Argentine judicial system is prone to a lack of political accountability, making this kind of meaningful change difficult. In Jujuy, for example, by 2011 only 15 percent of the communal titles promised in a 1996 land-titling program had been granted by the provincial government. Thus, social movements have begun appealing to international human rights frameworks, invoking ethnicity or identity, in order to gain greater legitimacy for their struggles for collective rights. The 2007 United Nations Declaration on the Rights of Indigenous Peoples, for instance, provides further legal legitimacy to land rights claims, even in places like Jujuy, where the provincial government has not advanced a strong indigenous rights agenda.

Additionally, the recent approval of the FAO voluntary guidelines on land tenure and governance in 2012 is the result of a participatory negotiation process that involved representatives from the MNCI. While this document is non-binding, it serves as another reference point for internationally sanctioned land governance practices that recognize collective land rights and other protections for peasant and indigenous communities. In order to use it to strengthen demands for land at the local level, the MNCI is creating a manual for its members, which uses popular language. They also plan to monitor the implementation of the guidelines. In this way, local social movements are using international legal instruments in a politicized way to promote systemic changes with regards to land use and ownership.

These two strategies—1) demanding communal land titles and 2) appealing to international human rights instruments for collective territorial rights—go beyond the typical strategy of occupation in that they seek broader systemic transformation. Nonetheless, movements have recognized that titling efforts alone—whether individual or collective—do not change the system of commodity production that is fueling dispossession in Argentina’s countryside. 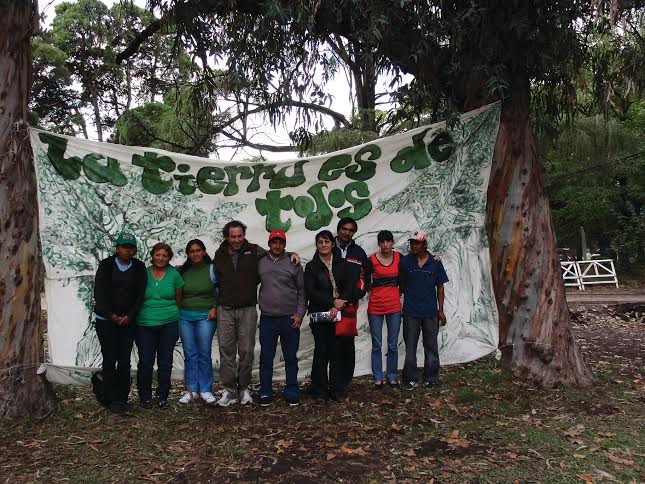 For MNCI, the struggle for land titles must be part of a larger political project of food sovereignty, defined as “the right to healthy and culturally appropriate food produced through ecologically sound and sustainable methods, and their right to define their own food and agriculture systems.”

To achieve this, MNCI seeks to mobilize support by developing a collective analysis of what is wrong with dominant production models, what needs to be done, and why. In 2013, after over ten years of developing different educational models throughout the country, MNCI’s Peasant University (Universidad Campesina) opened its doors. It plans to offer four courses of study: Agroecology and Rural Development; Human Rights and Territory; Music and Popular Culture; and Alternative Media and Communications Management.

The university draws on the experiences of a number of political education initiatives in Argentina and Latin America. Through these education initiatives, land rights are politicized—in other words, they are linked to other rights and a larger project of social change. Marcos Vargas, age 35, will begin his studies at the Universidad Campesina after living his whole life in the rural northern region of Córdoba. He explains, “Where I was born, we were never made aware of [human] rights in school, nor in church. We thought we didn’t have rights, but after a long time we realized that we do have rights and we discovered that not only do we have a right to land, we also have a right to education and health…”

If rural communities and peasant movements are to achieve more than precarious land titles within a violent system of land grabbing by soy and mining interests, then political education is needed in order to promote a more integrated vision of land and food sovereignty.

As conflicts over land have increased in Argentina, resistance efforts by peasant farmers and indigenous communities have taken many forms. From land occupation to a politics of participation and appealing to international human rights declarations, indigenous communities and peasants are using a combination of legal tools, international appeals and direct action to resist dispossession. The legal strategies have had mixed results, but are strongest when understood as political tools with the intention of actually changing the rules of the game. In order to directly challenge dominant systems of production in Argentina, the MNCI embeds these legal strategies in a broader political project of promoting food sovereignty through collective action. Now inaugurating its first Peasant University, the MNCI is not only teaching students how to secure land titles, it is using education to create legally literate and politically engaged peasants and indigenous peoples who feel empowered to demand systemic change.