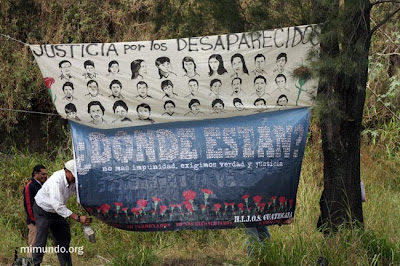 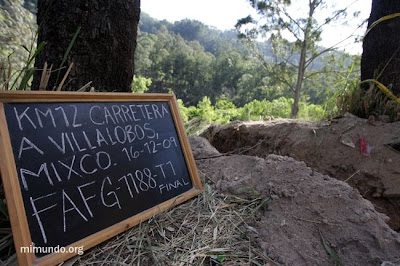 The mentioned testimony was provided by a former member of the Estado Mayor Presidencial -an infamous military hit squad and presidential guard (1) – during the military government of Oscar Humberto Mejía Víctores (1983-1986). The witness declared an empty lot along a highway in the southern end of Guatemala City served as a mass grave for several detained-disappeared victims of the dirty war, particularly those who appear in the document known as the Death Squad Dossier (referred to in Spanish as the Diario Militar, or Military Diary). 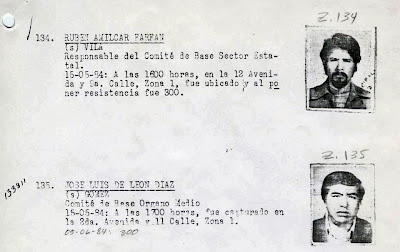 “The so-called Death Squad Dossier was declassified by the National Security Archives (NSA),” an independent and non-governmental research institute and library located at The George Washington University, in Washington D.C. “The document, made public by NSA analyst Kate Doyle in 1999, consists of 54 pages with notes and photographs of 183 victims from the armed conflict (1960-1996) [who were forcibly detained by the State’s security forces and] whose final whereabouts still remain unknown.” (2) 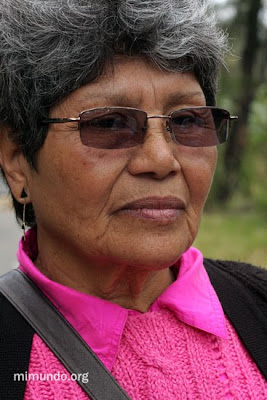 Aura Elena Farfán, director of FAMDEGUA, states that the witness specifically mentioned her brother, Rubén Amílcar Farfán, as one of the victims buried in the site. Mr. Farfán participated in a labor union and was a student at the University of San Carlos when he was forcibly detained and disappeared on May 15, 1984. 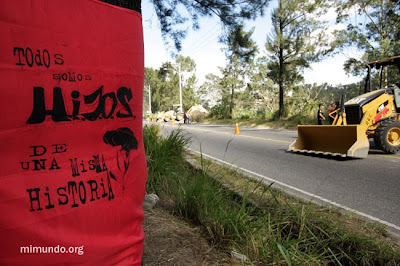 The witness also claims this site to be the final burial place of Luz Haydee Méndez, mother of Wendy Méndez – a founding member of the H.I.J.O.S. collective.

(For more information on the Méndez case, please view the photo essays: Offensive for Remembrance: Where are the Disappeared? & HIJOS: Public Poster Campaigns) 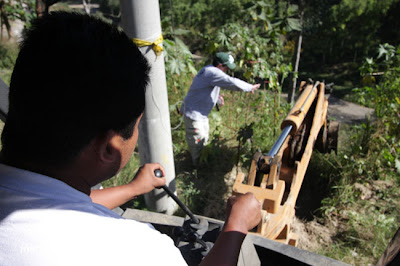 Members of the FAFG declared, “the site is located about 800 meters from the Villalobos River, it is 80 meters long and 10 meters wide. But before the actual exhumation can take place, several layers of debris that have accumulated over the years must be removed.” (3) As a result, two excavators were used in order to dig small trenches that would allow for land-layer analysis. 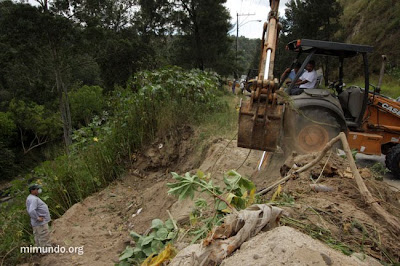 Some present during the excavations mentioned the location is particularly difficult for several reasons. First, the exact location of the mass grave is unclear, thus making the exploration of the large terrain a time-consuming and labor-intensive one. Also, this road remained a one-lane unpaved highway throughout the 1980s. Hence, many worry that the clandestine cemetery may be located under the pavement, a situation that would render the exhumation project impossible. 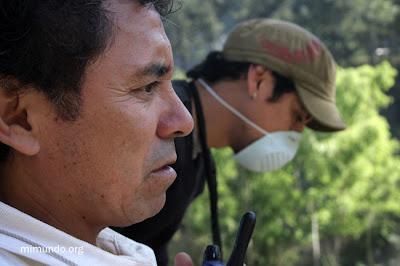 This exhumation process has been the first carried out by forensic anthropologists of the FAFG in search of any one of the 183 victims from the Death Squad Dossier. “Since 1992, the FAFG has carried out about 1,100 exhumations of mass graves in which the remains of 5,025 victims from the internal armed conflict have been found Remains from another 800 victims have been recovered by separate institutions.” (4) 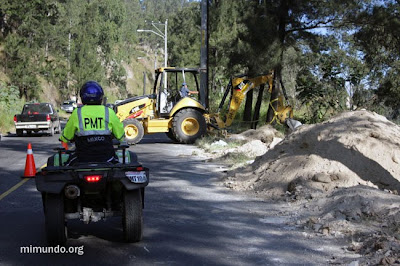 “Helen Mack, president of the Myrna Mack Foundation, organization that legally represents families of 28 victims [listed in the Death Squad Dossier], declared: until now, no one has been found due to the judicial authorities’ lack of will. They have filed the document for good, and not one current or former member of the military has been brought before justice.” (5) 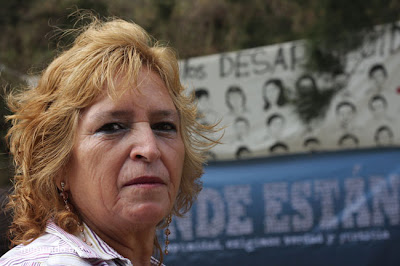 Amancio Samuel Villatoro served as secretary general for the Chiclets Adams labor union when he was forcibly detained on January 30, 1984. Mr. Villatoro appears in the Death Squad Dossier numbered at 55. Rosario de Villatoro, Amancio Samuel’s widow, who has spent over 26 years searching for her husband, states: “I hope in God’s name that he, or anyone else will appear. We just want to give them a proper burial and have a place where we can take them flowers. His loss has already produced an immense suffering. He died struggling to improve our society, to provide us with more options.” 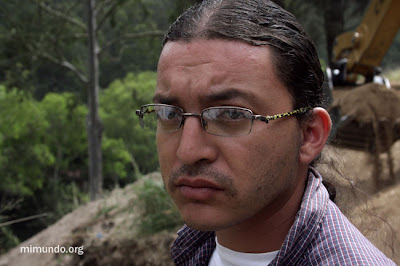 Also present was Oscar Hernandez, son of the disappeared Oscar David Hernandez Quiroa. The latter served as a volunteer firefighter who, at barely 22 years of age, was disappeared by Guatemalan security forces on February 23, 1984. “Even though my father is not listed in the Death Squad Dossier, my family has a strong hunch that he is here,” states Oscar.

(For more information regarding this case, please view the photo essay: Letter to a Forcibly Disappeared Son). 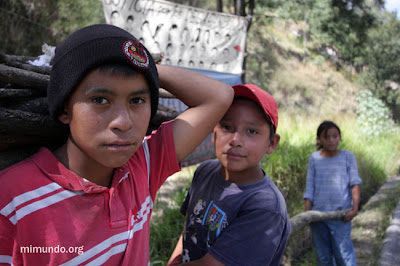 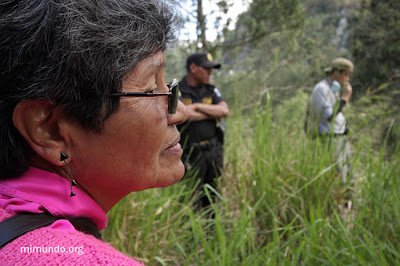 “The worst torture they could have applied to us was this: the forced disappearance,” comments Aura Elena Farfán. “Both for them who suffered the physical pain, as for us, the families. I have spent 25 years of never-ending struggles searching for my brother. Whether we find him or not, it is a great satisfaction for me to help out the families of the disappeared.” 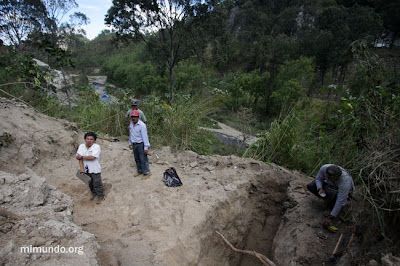 After a long week, the search unfortunately did not render any signs of human remains. Nevertheless, the organizations plan to continue searching different areas of the terrain along the highway during the first months of 2010.

For more information about the Death Squad Dossier, please follow this link.