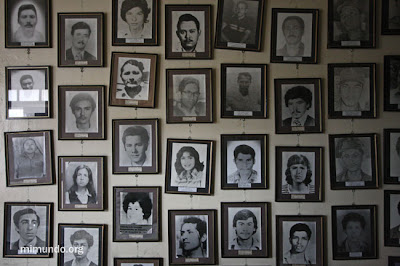 “The so-called 80’s were characterized by a wave of violence in several countries in Latin America. Our country, Honduras, was not an exception. Even though the phenomenon of ‘disappearances’ occurred mostly during the military dictatorships, many people also vanished during democratically elected governments.” (1)

“A forced disappearance can be defined as: The illegal detention of a person by a State security agent or a force acquiesced by it, without the appropriate legal procedure, and in which the act is denied without any further information regarding the location or wellbeing of the detainee.” (2) 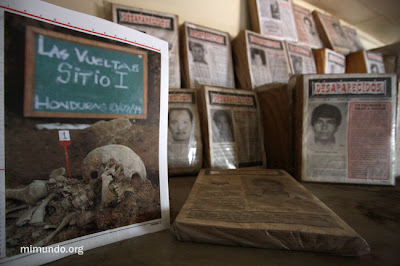 “An important characteristic of forced disappearances is that ultimately the victim is executed and the body hidden for good, hence disappeared. In all cases, the main objective is to avoid that the remains be found. Or, if the body is found, to make sure the victim cannot be identified due to grave disfigurement. This important aspect differentiates forced disappearances from another tragic human rights violation: the extrajudicial execution.” (3) 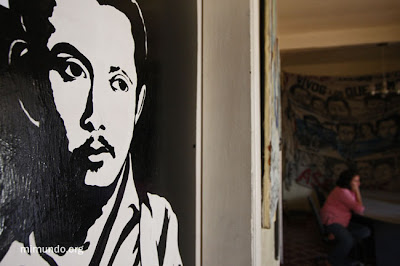 “The victims are not only those disappeared, but also the parents, spouses, offspring, or any other close friend or relative. These secondary victims are placed in a situation of uncertainty and anguish that can last for many years. Due to these reasons, forced disappearances tear open deep wounds within the social fabric of a nation-wide community which ultimately affect political, social and professional circles, and thus weaken the fundamental institutions of a country.” (4) 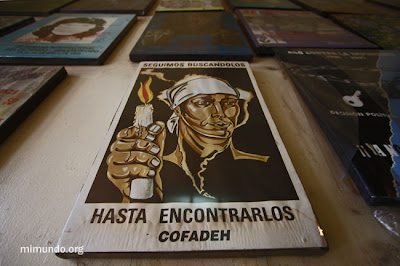 “By 1982, sixty-nine families were victims of forced disappearances. On November 30th of that same year, twelve families came together to form the Committee of Relatives of the Detained-Disappeared in Honduras (COFADEH). The organization’s primary objective was to recover alive, if possible, their family members disappeared by State forces. As sometimes the victims were held in clandestine jails for weeks or months before being irreversibly disappeared, COFADEH’s main objective was accomplished in a few cases. But most of the victims’ remains were never recovered. Between 1980 and 1989, one hundred and eighty-four people were disappeared by the State of Honduras without any due course of legal action followed by the authorities against those responsible.” (5) 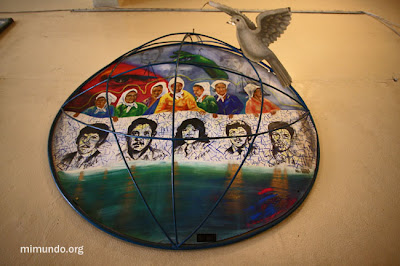 “Halfway through the 90’s, COFADEH proceeded with attempts to exhume bodies found in clandestine cemeteries, where some of the disappeared were brutally dumped… Beginning in 1998, a new series of objectives are included in the organization’s formal mission: To defend collective rights, the right to a healthy environment, and liberty of expression. In addition, COFADEH has contributed to demilitarize Honduras, build democratic processes, and act as a human rights watchdog over State security forces. 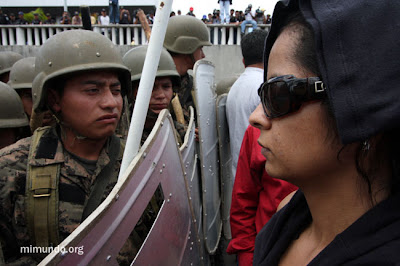 The importance and quantity of COFADEH’s work increased dramatically after the military coup d’état removed democratically-elected president Manuel Zelaya on June 28th, 2009. During the following seven months of de facto governance by Roberto Micheletti, the COFADEH’s offices served as a central headquarters for documentation and analysis of the human rights situation. Human rights violations carried out by the illegal regime continue to be compiled and recorded here on a daily basis, and numerous foreign delegations and alternative media members head here first for last minute information. Just between June 28th and October 10th, 2009, COFADEH has documented 4,234 human rights violations. (7)

For more information on the coup d’état carried out on June 2009, please view these previous photo essays:
Mel, Our Friend, the People are with You!
Tragedy at Toncontin: Army Shoots and Kills Protesters 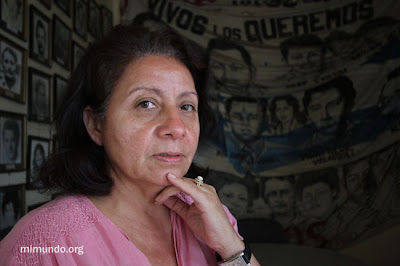 Shortly before Micheletti’s de facto regime carried out a dubious national election on November 2009, Bertha Oliva de Nativí, director of COFADEH, declared: “I believe we are experiencing a dictatorship without precedents, even worse than in the 80’s. Back then, while we lived under the military boot, paramilitary groups and death squads would assassinate and disappear people in a clandestine manner, so that it was difficult to point them out as the criminals. Today, they do it in broad daylight, openly challenging all national and international structures of human rights and governance.” (8)

Tomás Nativí, founder of the People’s Revolutionary Union (URP), was abducted from his home, in Tegucigalpa, before dawn on June 11th, 1981. His wife, Bertha Oliva, three months pregnant at the time, witnessed the illegal abduction and recognized one of the assailants as Alexander Hernández, leader of Intelligence Battalion 3-16. Mr. Nativí was forcibly detained-disappeared by State forces and 30 years later, his corpse has still not been found. (9) 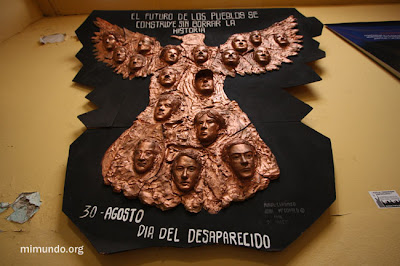 During the 80’s, General Gustavo Adolfo Álvarez Martínez was primarily responsible for the organization of the death squads in Honduras. First as Chief of the Public Security Forces (FUSEP) and eventually as Chief Commander of the Honduran Armed Forces, Álvarez Martínez established “an elite counterinsurgency force [in Battalion 3-16] that became the spearhead of the dirty war in Honduras.” The whole setup emulated the Argentinean counterinsurgency structure and was assessed by military personnel from Argentina, the U.S. and former Nicaraguan Elite Guard members (pro-Somoza dictatorship). (10)

“The information acquired from witnesses, surviving victims, family, and press regarding the forced disappearances, clearly indicates that special units such as the National Direction of Investigation (DNI) and Intelligence Battalion 3-16 were [directly] responsible for the atrocities… This latter unit specialized in vigilance and the production of intelligence regarding specific Honduran citizens who were suspected of subversive acts by the Armed Forces.“ (11) 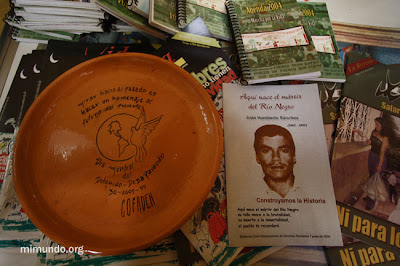 As in other countries, powerful elites in collaboration with the armed forces nurtured the dirty war in Honduras economically and ideologically. These national elites – who have historically controlled the government in order to protect its economic interests—literally felt threatened by the 1979 triumph of the Sandinista Revolution in neighboring Nicaragua. This powerful oligarchy allied with foreign corporate and political interest groups, helped finance the dirty war through an entity named the Association for the Progress of Honduras (APROH). 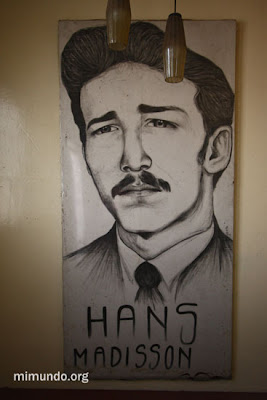 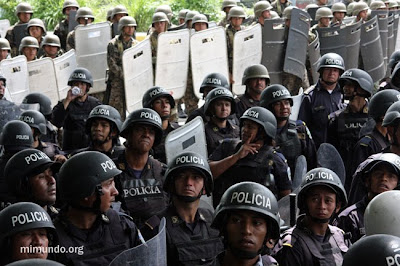 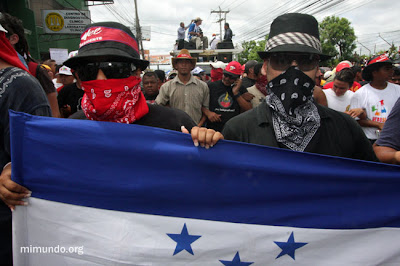 The similarities between the APROH from the early 80’s and the elite businessmen association identified by Leticia Salomón are remarkable. Aside from the fact that some men are found on both lists (Ferrari, Facussé), the two groups represent and defend the same economic interests. And, just as in the 80’s, these economic elites are once again fueling repression via death squads run by the criminals of yesteryear. During an interview with Amy Goodman of Democracy Now!, ousted president Zelaya confirmed that Billy Joya Améndola, former member of Battalion 3-16 who has been accused of numerous human rights violations during the 80’s, served as advisor for Micheletti and has lead terror and torture campaigns for the de facto regime. 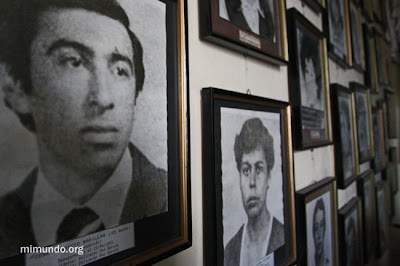 Recently-inaugurated president Pepe Lobo has wasted no time in revealing his firm associations with the coup plotters. “His first presidential act consisted of ratifying a political amnesty law proposed by the National Congress, intended to clear all crimes related to the political crisis stemming from Zelaya’s forceful removal from power.” (16) Such bold action awards full impunity to the hundreds of criminals who committed thousands of human rights violations against members of the civic resistance movement.” (16)

In addition, Lobo immediately set forth his strategy of containment against the ever-growing popular resistance catalyzed by last June’s events, by naming Oscar Álvarez as his Minister of Security. Having already served this post during the presidency of Ricardo Maduro (2002-2006), Álvarez has been highly criticized for his evasion of legal procedures, disregard for human rights, and hard-line approach, all reminiscent of his uncle, the aforementioned Gustavo Adolfo Álvarez Martínez. “Less than 24 hours after having been sworn in, Minister Álvarez carried out one of his infamous madrugones, or pre-dawn raids. These illegal forced-entry procedures, which often violate national laws, were rather common during his stint under Maduro. On this occasion, he sent a clear message to the Popular Resistance Movement.” (17) 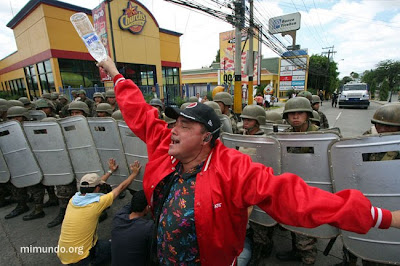 Researcher Robinson Salazar Pérez analyzes: “The coup d’état in Honduras on June 28th, 2009, clearly marks a turning point in the future path of Latin American politics. Three issues in particular, have been clearly signaled and appear to be the target of right-wing hardliners: Avoid any economic alternative [i.e. ALBA] that may block the markets of multinational corporations, detain the progressive advance of the nationalist governments of Bolivia, Venezuela, Ecuador, Nicaragua and El Salvador, and sow the seeds of fear among Latin American leaders, by reminding them that extra-national interests are well above legitimate internal governance, even if this latter one is backed up by votes.” (18) 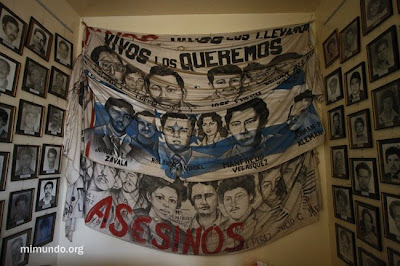 The powerful Hall of Living Memories, inside COFADEH’s headquarters, reminds us that certain chapters in history must not repeat themselves. Nevertheless, in Honduras, the oppressors of the past, using proven methods, once again apply their tyrannical despotism in 2010. A concerned Bertha Oliva concludes: “I am convinced that this is a project they want to emulate throughout Latin America. If they succeed in Honduras, they will also try to do so in other countries that have already been identified.” (19)