Sex work is a controversial form of income. It is a subject much discussed by experts in feminism, religion, law and politics. And its popular portrayal is often left to people far removed from the realities of sexual commerce. Those who (wrongly) conflate sex work with human trafficking and exploitation would like to see it abolished.

In Brazil, sex work remains politically and socially contentious. But thanks to a staunch sex worker movement in the country, the people who actually do the work have made themselves key contributors to the debate. It is a movement which has informed political policy, affected legislation in urban reform and sexual healthcare and fought tirelessly for the full recognition of sex work as a profession.

This year marks the 30th anniversary of that movement. As part of the celebrations, an international exhibition is being held which features photographs taken by sex workers. Entitled “O Que Você Não Vê” (What You Don’t See), it centers on sexual commerce during the 2016 Olympic Games in Rio de Janeiro. But it also provides an opportunity to reflect on the lessons that can be learned from three decades of an organization representing the best interests of sex workers.

As in many countries around the world, the legal status of prostitution in Brazil is vague. The criminal code issued in 1940 criminalised prostitution-related activities such as recruitment and facilitation, but not the direct sale of sex.

In the late 1970s, police raids on sex-related businesses in places such as São Paulo forced many sex workers to find work on the streets. A more precarious and isolated environment, it increased the need and appetite for some kind of organization among the people working there.

In July 1987, sex workers Gabriela Leite and Lourdes Barreto held the first national meeting for Brazil’s prostitutes. It resulted in the Brazilian Network of Prostitutes (BNP) as well as the publication of a newsletter “Beijo da Rua” (Kiss from the Street). The BNP’s mission was to build a new discourse of prostitution, not tied to crime or victimisation.

Conversation focused on state repression, health, collective identity and female sexual desire. Working with the Brazilian Ministry of Health, the BNP became instrumental in the creation of internationally applauded strategies to prevent the spread of HIV and AIDS. 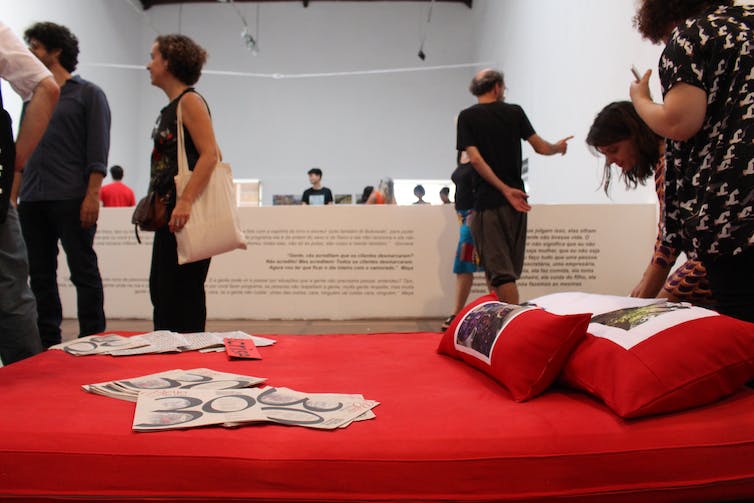 The Beijo da Rua (Kiss from the Street) newsletter is displayed on a bed. Amanda De Lisio, Bournemouth University

Then in 2002, a group led by Leite influenced the Brazilian government to issue “Ordinance 397” – which recognised sex work as an “official” occupation. Those registered as “sex professionals” would be taxed as autonomous workers and entitled to regular employment benefits including maternity pay, a state pension fund and medical care. It was a crucial moment of increased social tolerance.

Some years later, in the lead up to two huge sporting events due to be held in the country – the 2014 FIFA World Cup and the 2016 Olympic Games – Brazilian public discourse once again focused on anti-trafficking strategies, which further conflated forced migration and sexual exploitation with adult, consensual sex work – and served to reignite the abolitionist agenda.

A window into a sex worker’s world

After the closure of several sex-related businesses, a report entitled “Human Rights Violations of Sex Workers in Brazil” was compiled by sex worker support groups and submitted to the United Nations. The photographic project, “O Que Você Não Vê” was also launched as a platform to present a counter-narrative to the sensationalist stories of sex work during the Olympics. 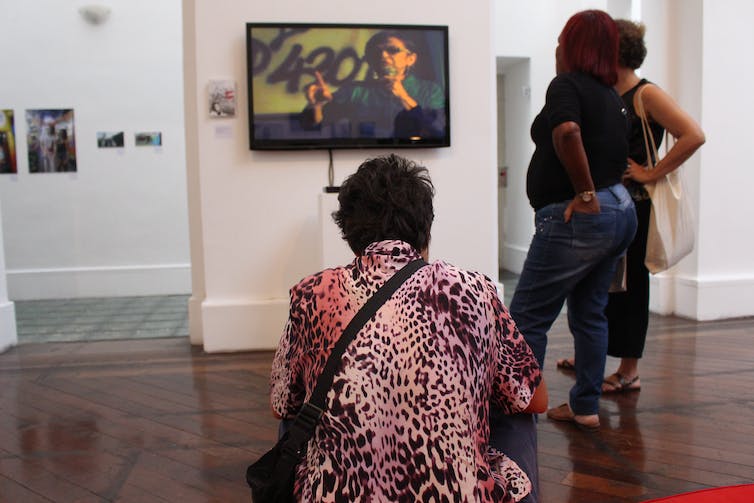 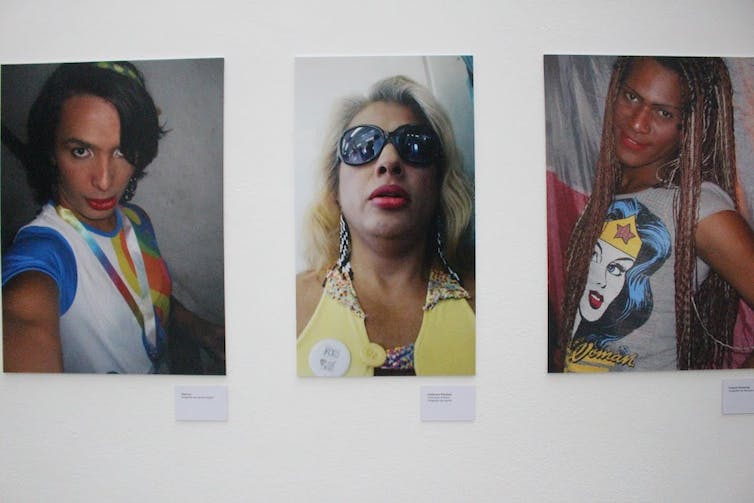 Each photographic perspective is unique. But collectively, there is a clear appreciation of the chance for their voices to be heard (albeit in visual form). The exhibition represents yet another step forward for this historic workers’ movement. It is a reflection of resilience, a commitment to civic involvement. It is another attempt to reframe stigmatised bodies as human – worthy of non-exploitative labour, self-expression and care.

This article was originally published on The Conversation. Read the original article.