The Latin American Water Tribunal held its 5th public hearing with the slogan: ‘Hydraulic justice for indigenous lands and territories’. In the first weeks of September, the juryu of the non-state tribunal met in Antigua, Guatemala, to discuss and analyze ten cases in which water issues adversely affected indigenous peoples in Mexico and Central America.

“The Latin American Water Tribunal (TLA, by its acronym in Spanish) carried out its 5th public hearing under the motto: ‘Hydraulic justice for indigenous lands and territories’. 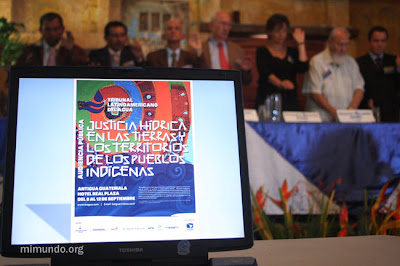 The trial took place in the city of Antigua Guatemala from September 8th to the 12th. Ten cases where water issues affected indigenous populations in the region were analyzed: one in Brazil, three in Mexico, one in El Salvador, three in Guatemala, and two in Panama.” (1) 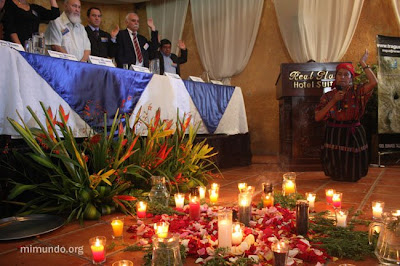 “The Jury from the TLA pronounced verdicts on all ten hearings and served as mediator in four of them. This independent organ is made up by people who are leaders in their fields and have upheld a high ethical standard in their careers.” (2) 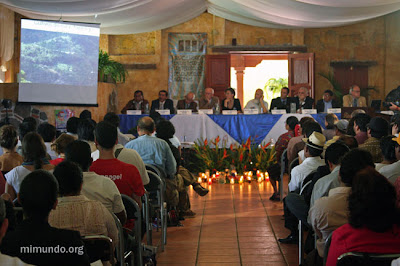 An ethic tribunal is a non-state entity with a legal character designed to resolve conflicts between different civil actors or institutions. Ethic tribunals are an emerging space for conflict analysis and resolution. Given their ethical nature, they restructure the idea of Law and serve as ideal platforms for seeking alternative solutions to environmental issues, among others. (3) 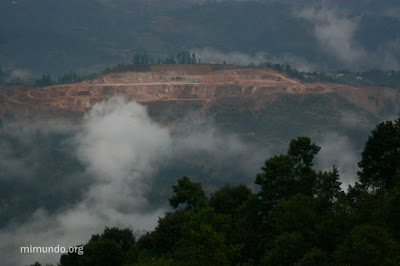 “The Marlin Mine, property of Montana Exploradora S.A., [local subsidiary of Canadian mining company Goldcorp], began extracting gold and silver in 2005 in the municipalities of Sipacapa and San Miguel Ixtahuacan, San Marcos. The pit, or area where rock will be pulverized so as to extract the metal, measures 142 hectares. According to local residents, this operation has caused the deforestation of 289 hectares and the waste products will generate acid drainage that could contaminate the Tzala River basin. Local communities placed a complaint to the TLA because numerous wells that provide water to some 10,000 inhabitants have dried up.” (4) 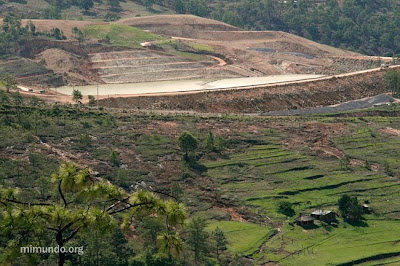 “According to the TLA, the probability of acid drainage flowing from the mine’s debris, as well as dangerous overflows which could have grave consequences for the local population, is very high. Such dangerous spills could easily reach the Cuilco River basin, the Tzala River sub-basin, and eventually affect numerous aquatic species.” (5) 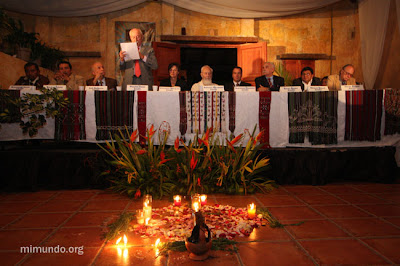 As a result, the TLA’s sentence was as follows: 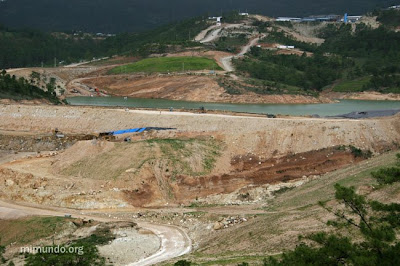 “1. To hold the Government of Guatemala responsible for not improving the situation in high-risk mining operations.” (6) 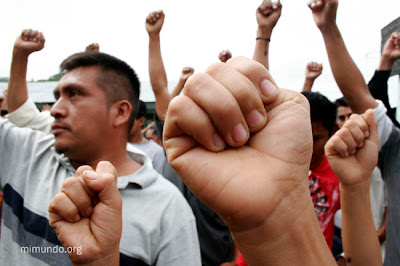 “2. To censure the Government of Guatemala for not making sure the following laws and international agreements are upheld: ILO Convention 169, the tenth principle from the Rio Convention, Articles 44 and 46 from the Republic of Guatemala’s Political Constitution of March 31, 1985, as well as the 1996 Peace Accords – specifically the Accord referring to Indigenous Peoples’ Identity and Rights.” (7) 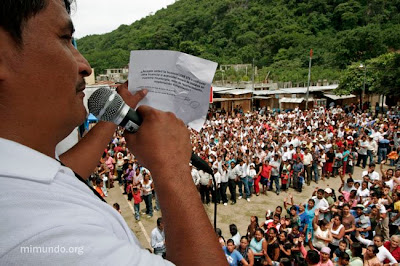 “3. To censure the Government of Guatemala for not respecting Indigenous Peoples’ traditional justice systems.” (8) 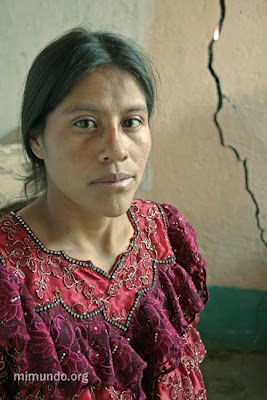 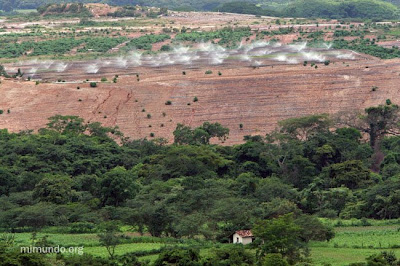 Sprinklers spray cyanide, a highly toxic substance, on the surface of the San Martin Mine in the Siria Valley, Honduras.

For the second consecutive year, the TLA condemned a Goldcorp subsidiary in Central America. In 2007, during the Guadalajara Audience, in Mexico, the TLA “censured and held responsible the company Sociedad Minerales Entre Mares [local subsidiary of Goldcorp in the Siria Valley, Honduras] for the inadequate use of hydraulic resources, the contamination in the region, and the damages and risks posed to the local ecosystems and human health.” (10)